I am currently in the midst of a new year fast, cleansing my body from over-indulgences of the holiday season.  My mental and spiritual intention for these three days of purification was simple:  clarity.  It is my general nature is to pursue life, my passions and purpose, with tenacity…that is once I have a clear picture what and how it all looks like.  With great joy and anticipation I approach 2012… but ready to do what exactly?  I recently told someone how I am content with my life and the duties and commitments that fill it.  While that is largely true, in all honesty I must confess to a certain grasping for something more in terms of my work- my service to my community and the world.  There are seemingly small projects, grand adventures, and big dreams staring at me like a distant wave on the horizon.  I find myself sitting on my surf board with an anxious heart but with little clarity as to which wave I should paddle into.  The small waves would be easy to ride, but there are bigger waves that beckon my adventurous spirit.  At this time, however, I seem to be stuck on my board in fear of taking a wave that might be more than I bargained for.

To guide my spirit during this fast, I decided to watch a set of videos gifted to us by one of my hula sisters.  The video set, called “Smile at Fear,” are recordings made during a retreat facilitated by one of my favorite teachers Pema Chodron.  Pema Chodron was the first American woman to be ordained as a nun in the Tibetan Buddhist tradition.  Her root teacher was the wildly interesting and insightful Chogyam Trungpa Rinpoche.  I cannot profess to be a dharma student or to know and understand much about Tibetan Buddhism, but I have found myself intrigued by these particular teachers and encouraged by the way they deliver the universal wisdom of the Buddhist teachings.

Chogyam Trungpa described certain teachings as the “education of the warrior.”  For most, the word warrior would invoke images seemingly opposite to the teachings of the Buddha, Christ, Great Spirit, or any of the great spiritual teachings.  Having served in the military and being called a warrior at one point in my life, the first thoughts that come to my mind in regards to a “warrior” are firm discipline, loyalty to a duty or calling greater than oneself, and, most importantly, courage.  These particular qualities can, of course, apply to the spiritual life as well.  Chogyam Trungpa once said, “The concept of being a warrior is applicable to the most basic situations in our lives- to the fundamental situation that exists before the notion of good or bad ever occurs.”  He made this statement in a lecture on conquering fear in 1979 where he goes on to discuss many aspects of “warriorship” including basic aliveness, tenderness, being genuine, and trust. Initially these specific concepts didn’t resonate with me fully in terms of being a warrior.  However, after practicing the lungta meditation that Pema Chodron shared at the Smile at Fear retreat, I started to better understand warriorship from this point of view and to recognize and reflect on times in my life when I’ve truly practiced fearlessness.

Lungta is a Tibetan word meaning wind horse.  Pema Chodron says that the lungta meditation is a way to turn into the direction of courage.  It could also be said that lungta is a rousing of one’s energy- a way to put wind in one’s sails or giddy-up in one’s horse.  It is a three step meditation that, in simple terms, involves the following:

1) Establishing the palace of the warrior.  This means to take an upright and dignified seat/meditative posture (with your eyes closed) despite whatever emotional state you may be in and being fully present with mind and body synchronized.

2) Dropping the “story line” (how this happened, why I did this, why I’m not doing that, what ifs, etc.) and being genuinely open to your present feelings in mind and body- giving space to sadness, anxiety, anger, resentment, uncertainty, joy, fear, or whatever you might be feeling in the moment.  The idea is to be gentle on yourself, allowing space to truly feel.  If your feelings involve someone else or the even woes of world (the economy, politics, the environment, etc.), she says to send out gentleness and warmth to all concerned, again allowing for spaciousness in regards to whatever you’re feeling.

3.  Opening your eyes (literally) and stepping out (mentally)…letting go of the need to control by trusting that however life turns out is okay.  In her own practice, Pema Chodron envisions herself actually taking a great leap into the unknown.  In this final step, she says it is helpful to remember that everything in life, despite how we may label it (good or bad), is a teaching and therefore possesses primordial goodness.

*This meditation is most effective when preceded by corresponding, preparatory breath work.  (I am happy to share this in detail if you e-mail me).

Step three is where I began to really make the warrior connection and to understand what is meant by fearlessness in the face of uncertainty.  As I did this meditation, I was thrust back into my days in the 82nd Airborne Division when I jumped out of airplanes as part of our training, oftentimes in the dark of the night.  I generally had great faith in our equipment and trusted that, when I exited the airplane, my parachute would open.  However, I remember a particular evening when we had an airborne operation just one day after a fellow paratrooper in another unit had tragically died on the drop zone because of a parachute malfunction.  For our middle-of-the-night jump, I had the pleasure of sitting next to a very young soldier in my platoon for what was his very first jump in Division after his completion of airborne school.  He was extremely nervous, particularly in light of the recent tragedy, and for the entire hour plane ride, he constantly nagged me about whether or not I believed his chute would open properly.  He was authentically terrified, and trying to be the good platoon leader, I tried to express my own fearlessness and assure him that everything would be okay.  In truth, however, I was a little nervous myself.  Nervousness is never really considered a bad thing among paratroopers.  In fact, it is generally thought that a paratrooper without any nervousness or fear on a jump was one that may be inclined to be unfocused or sloppy with their gear or technique.  On the other hand, complete fear, as in this young solider, was unacceptable.  A long hesitation while standing in the jump door is cause for concern as it creates safety issues for the remaining jumpers.  A complete “jump refusal” is even worse and grounds for dismissal from the division.

In my efforts to calm the young private, I assured him that parachute malfunctions were extremely rare and that I had never experienced even the slightest problem myself.  I couldn’t in my right mind, however, promise him that his chute would open, free from any failure.  In reality, most every jumper who steps out the door has one of those “I hope my chute will fully open and have no holes in it” moments.  Every time I felt the big jerk then looked up and saw a full canopy, I said a little prayer of gratitude to the Creator (followed by a fervent prayer to not hit any trees or power lines and land safely and softly on the ground).  On this night in particular, I knew I had to shuffle to the door and be ready to jump out of that airplane with unwavering confidence.  Pema Chodron would call it “unconditional confidence” or, as she goes on to explain, taking the great leap regardless of knowing for certain whether the outcome will be good or bad.

In step three of the lungta meditation, I surprisingly found myself staring out the door of an airplane again, heavily laden with a rucksack, parachute, and weapon.  I saw myself looking out the door into the complete dark of night and hearing nothing but the sound of the airplane and a jumpmaster saying, “Go!”  I even felt the uncertainty you experience in those transcendental moments when you don’t really know if your chute will open properly, much less whether or not you will find your way back to earth safely.

Embracing uncertainty requires us to let go of the need to control.  While I enjoy daring sports like surfing and a profession that required me to give up control to a certain degree, I generally prefer to have a notion of where life will take me from day to day or year to year.  Nevertheless, as I journey further down my path, I have come to realize that taking the great leap into uncertainty is, not only a powerful spiritual practice, but a true vehicle of liberation.  Pema Chodron suggests that, when we free ourselves from the need to control or from grasping to desired outcomes, we invite the beauty of the Divine to move into our lives and choreograph a life that is more beautiful that we even imagine.  She goes onto say that a field of uncertainty is “fertile ground.”

In contemplating all this during my fast, I indeed found myself smiling at my own fear and underlying doubt.  My intention for this fast was to find clarity for the new year.  I am not sure I’ve moved much closer towards clarity, at least in the way I originally intended.  I’ve still have no plan nor have I created a road map for exactly where this year’s journey will take me…much less of how to get there.  Instead, I’ve made a commitment to myself to cultivate fertile ground by taking the great leap into uncertainty and being fully open to divine choreography.

By simply taking the great leap in meditation, I’ve already seen doors of opportunity open in divine synchronicity.  The funny thing about doors opening is that they are  accompanied by more opportunities to jump out into the great expanse of darkness….as well as more opportunities for fear to creep in and take over our mind and body.  Thus I arrive at yet another point Pema Chodron makes during the retreat:  a warrior’s training is never-ending.  The “education of the warrior” is indeed like surfing the ocean waves:  It provides constant opportunity, urges us to be daring, and, most certainly, it invites us to be courageous.  Cheers to all you who dare to ride the big waves of 2012. 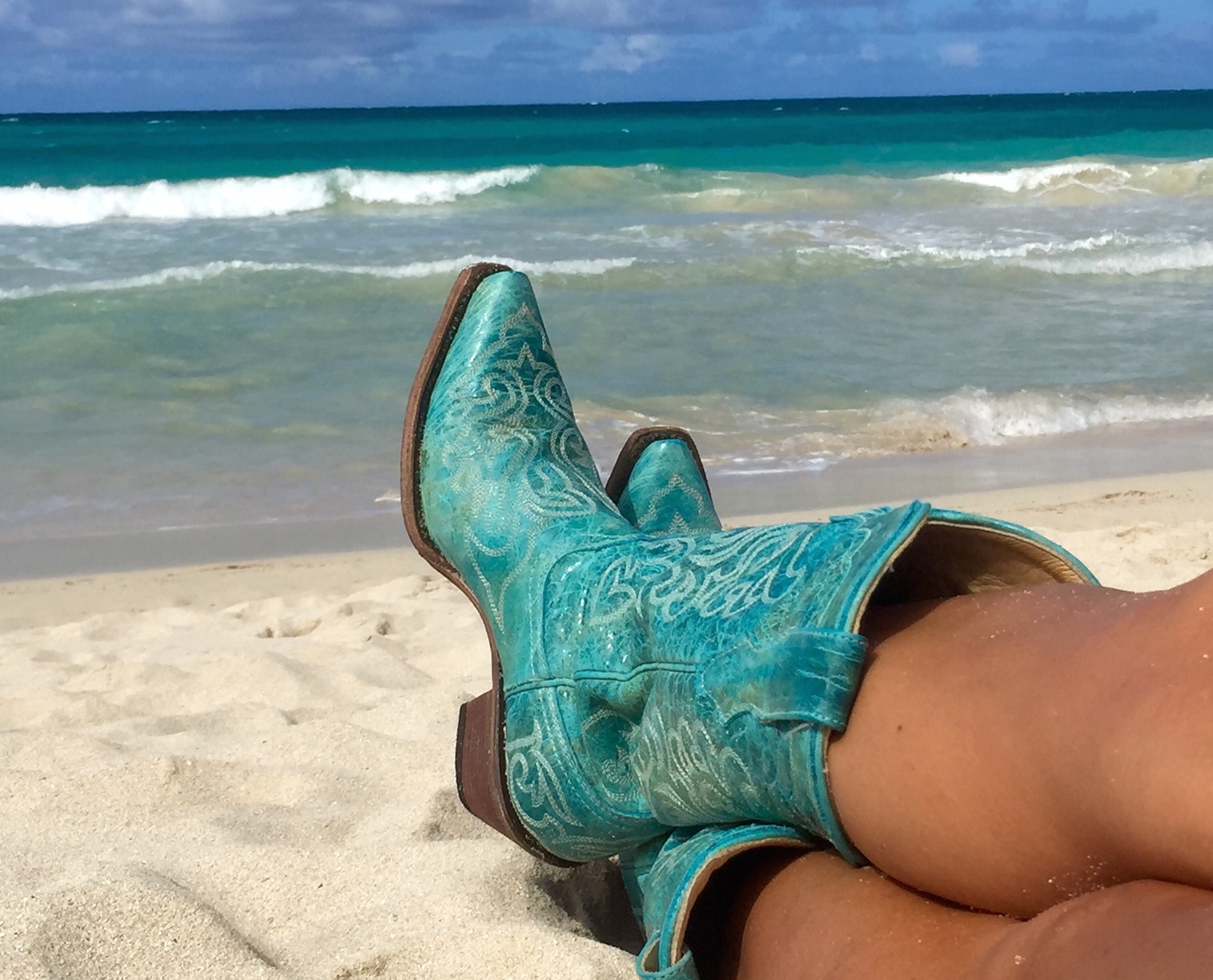